Scholarships available each year in honor of my wonderful and amazing father.  The scholarship is for 3 months of group classes (yoga, aromatherapy, or health coaching).  To apply for the scholarship, please write me and inquire. 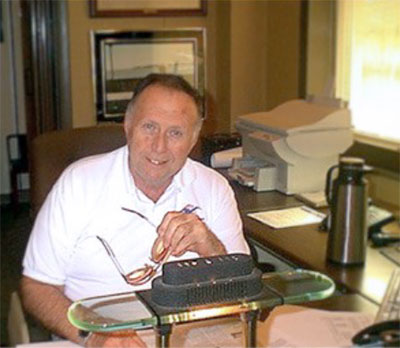 My Dad has been my business advisor, and has given me a lot of emotional support in opening BeFit Body & Mind (although he did tell me that making your passion your source of income has its drawbacks because you want to give it away to the world. . .  ) He himself was a very intelligent business man.  November 1, 1968 when I was 2 years old my Dad and his business partner Bob York co-founded Flight Systems in Mechanicsburg, PA. Some of their earliest products included communication relays and as a NASA approved supplier Flight Systems’ equipment flew on the Apollos 11 and 17 and several Skylab missions. They moved on to manufacturing and repairing solid state controls used in forklifts and other electronic vehicles.  My dad made one of the first electric cars back in the 80s (I used to drive it around the Flight Systems parking lot :).  As their business diversified Flight Systems was contracted by Chrysler to remanufacture vehicle electronics.  Something I was able to help with as I was working at Flight Systems during this time.  Flight Systems also bought and ran a steel fabrication company (Potts Manufacturing) and a cable TV and internet company (Flight Systems Cablevision).  After selling several of its divisions, Flight Systems today supplies generator controls/ATS, marine, idle limiting, and engine protection controls to a global market, continuing the vision my Dad had 44 years ago. Click here for more information. I learned a lot from my Dad, some are so ingrained in me; for example he was big on “made in the USA”, in his manufacturing processes down to the cars he would buy he always tried to buy local and remain loyal to those who he developed a business relationship with.  He also insisted that all Flight Systems phones be answered by a person during normal business hours.  He did not want a computer answering his phone, but a real person whom you could talk with. 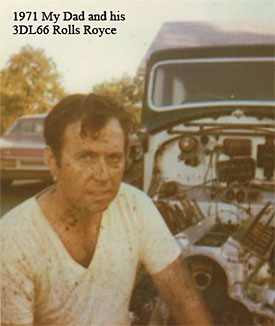 My Dad’s “hobbies” included restoring old Rolls Royce’s and Bentleys (and flying airplanes — he was also a pilot).  He was passionate about his classic cars and spent many hours tinkering with them.  I have memories as a little girl of helping him paint the engine pieces; he would dismantle a PIII engine, clean the parts and put it back together. Dads contributions to the Rolls Royce Owners Club and Rolls Royce Foundation and many of his Rolls Royce buddies are far to numerous to list but here are a few: 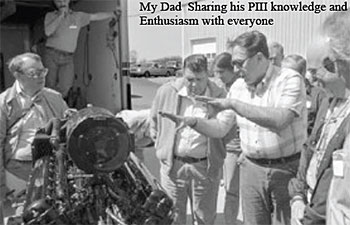 My Dad grew up in Camp Hill and graduated from Camp Hill High School in 1955.  I love that I am living and working in his hometown and that my daughter graduated from the very school he did 🙂  When he was 16 his mom told him he was not allowed to buy a car yet . . . but he already owned 6 and had them parked around the neighborhood.  He had one tag which he would transfer from car to car as he needed . . .  My Dad started to go to college to be an accountant . . . after buying cars, fixing them up, and selling them (without his parents knowing!) he realized he was making more money on his cars than he could as an accountant.  He then discontinued his book education and continued in real life education going on to be a very successful entrepreneur.  This takes a person with internal motivation, persistence, and a vision — all of which my Dad had.